Skip to content
The following was taken from the Minnesota Conference United Church of Christ COMMAntary e-newsletter, dated 2/24/17
Yes, MOVEMENT is indeed what is happening in our Conference when it comes to providing “Sanctuary” for immigrant families facing deportation.
The Sanctuary Movement traces its roots to the 1980s, when many congregations were led to provide housing and other assistance to Central American refugees who were being denied asylum by the United States.  Today the movement is experiencing a resurgence.  In 2016, 400 congregations of various traditions were “sanctuary congregations”; since the Presidential election, that number has increased to 800 nationwide. UCC congregations participating in the movement have gone from 15 last year to 50 most recently. 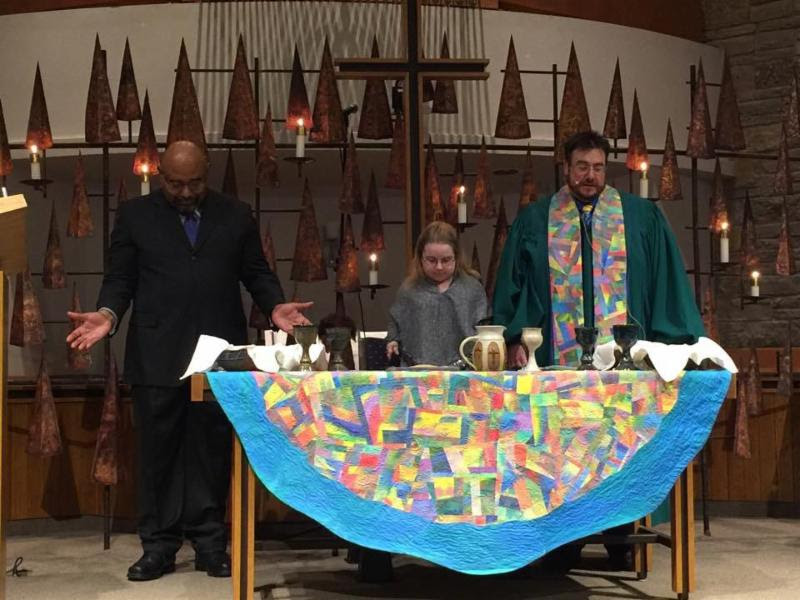 From the article, our own pastor, T. Michael Rock, was quoted…

Rev. T. Michael Rock of Robbinsdale UCC says: We became a Sanctuary Congregation in December 2014. We took this leap of faith with the support of Rev. John Gutterman and the MN Conference Immigration Team. We heard the stories of two families in our congregation who lived through a deportation experience and we vowed to do what we could as a congregation to not let that happen again. We feel blessed with many resources and relationships and feel that becoming a Sanctuary Congregation was central to our faith and understanding as people of Radical Hospitality in the United Church of Christ.